OpSaveTheWater: ” Otsuka Pharmaceuticals through it’s subsidiary Crystal Geyser Water Company, wants to make huge profits from the precious waters of Mount Shasta and plans to open a new beverage bottling plant in Mt. Shasta, CA, just outside the city limits. The Mt. Shasta watershed is a critical water source for local residents as well as many farmers and other downstream users in California’s Central valley who are already impacted by a five year drought. The extraction by Otsuka/CG of unlimited quantities of water from the aquifer will only add to the hardship suffered by many already. The proliferation of plastic pollution of our air, water and land is a threat to all life as is the noise and pollution from hundreds of trips of trucks traversing this small peaceful community.”

This is a landing page for a #op to expose corporate agenda regarding our natural resources. Monetizing the very thing that gives life. WATER. This #op is based around the situation going on in Weed and Mount Shasta california. In short the Roseburg Lumber company (who owns the spring and well for Weeds local water supply) is demanding the city of weed to go and find a new source of water. They are wanting the town of weed to find another spring and drill a new well. Which roughly was stated at $2million. The lumber company wants to sell the water to CG Roxanne which is Crystal Geyser. CG Roxanne is also the company that bought up the spring in the neighboring town Mount Shasta. Whats going on in Mount Shasta is a whole different but same scenario revolving around CG Roxanne corporation. The owner of this company is the main one behind it all along otsuka pharma. Pierre is dead now but legacy lives on… He left a bad taste in the locals mouths with his tactless tactics and self proclaimed power over the deal of getting the water.
Otsuka then bought out Crystal Geyser and then soon after Pierre Paupilaud passed away. Its ironic that all this happened in the sequence it did.

Otsuka basically bought Crystal Geyser for the relationship they established with region in Mt Shasta and In Weed, California. They have made there way into the political side of the community and is slowly but surely making there way into town seat to push out the locals from positions of power.

This is a pure invisible takeover of the most valuable resources any area could offer. The town doesn’t have the strength of know how to expose the level of corruption taking place at this time. Its in the news big time. The water wars in Weed California.

This is not the way they need to be treating this town and region. They have come there and now are taking the resources away from locals, and telling them to find there own. Immoral and Unjust. Something needs to be done.

Theres even a darker side to this story that has to do what Otsuka is actually deep researching and developing and who they have supporting them in there work. Its a GAME CHANGER! the first Digital Pill for psychosis and its traceable. auto dosing etc. its HUGE and also they hold the patent to CBD and its looking like Bayer is forcing the hand in getting the credit for it. But Otsuka has been the main deep core from the start. More details on this coming in another post going deeper into whats really going on in that region of California and to bring exposure to it so the people locally have a chance to have a say in what there future holds for them.

UPDATED NEWS : NOT GOOD & THESE PEOPLE NEED OUR HELP

Weed drops lawsuit, concedes water rights to Roseburg
Those who assert that the water rights lie with the city are dismayed that the council made the decision just six weeks before a Siskiyou County judge was

Citizens’ worst fears realized after Weed council meeting
The crowd was correct in surmising that the council, during closed session after the regular meeting, would discuss and ultimately settle with Roseburg

Guest Opinion: Weed’s quest to secure water
The City Council of Weed has had a goal to obtain ownership of reliable, high quality water to provide for the needs of our citizens.
The first step in a The ‘Weed 9’ Rallies Against Corporate Water Grab and Legal Bullying - Protect the Protest
SPRINGFIELD, OREGON – Residents of Weed, California are rallying today outside the headquarters of Roseburg Forest Products to demand that the Springfield-based company cease its aggressive campaign to deprive them of their clean drinking water. Over 20 residents of Weed made the five hour journey t… 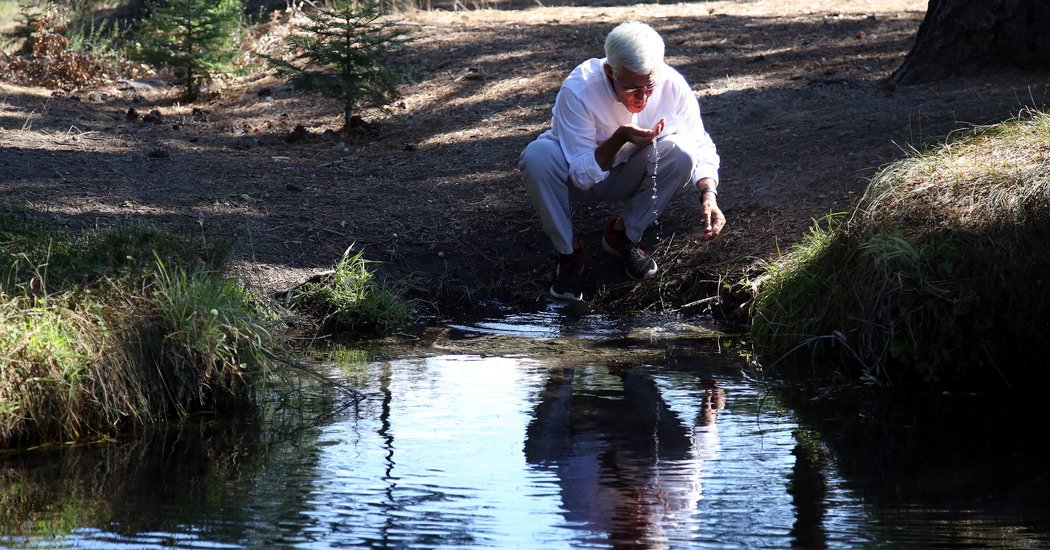 Timber Company Tells California Town, Go Find Your Own Water
Residents of Weed, Calif., are battling a timber company for the rights to water that has been piped to houses in the area for more than a century.

The ‘Weed 9’ Rallies Against Corporate Water Grab and Legal Bullying - Protect the Protest
SPRINGFIELD, OREGON – Residents of Weed, California are rallying today outside the headquarters of Roseburg Forest Products to demand that the Springfield-based company cease its aggressive campaign to deprive them of their clean drinking water. Over 20 residents of Weed made the five hour journey t… 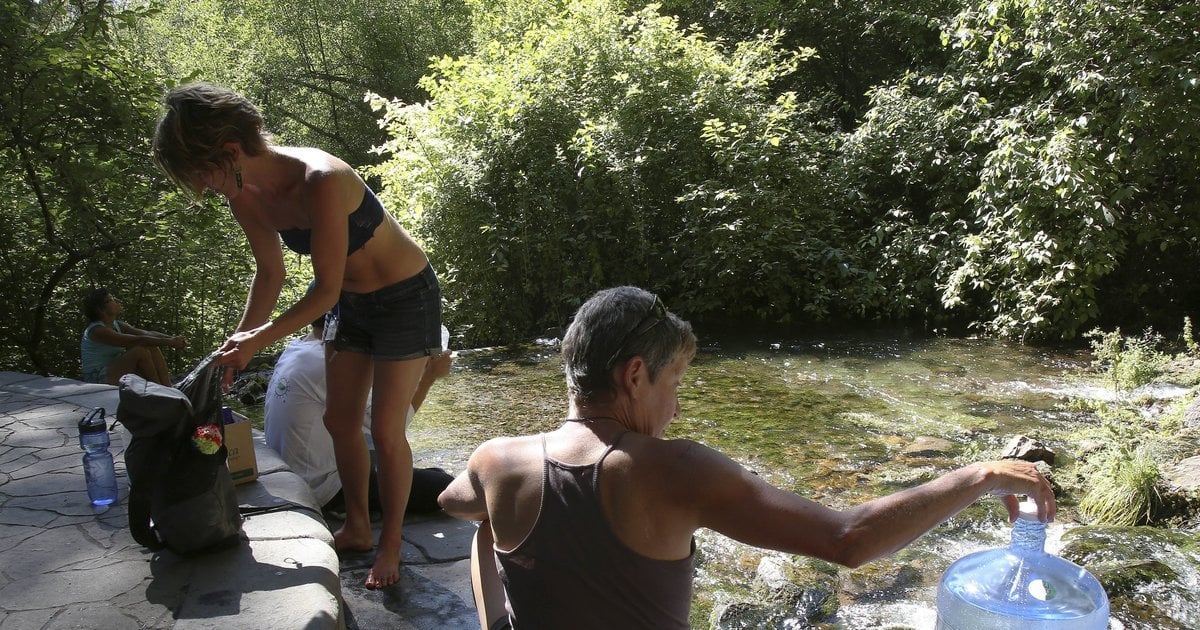 r/news - Get your own water, Oregon timber firm tells California town
728 votes and 190 comments so far on Reddit
Crystal Geyser Project | Siskiyou County California
The issue is that while the bottling facility operation is a permitted use under the subject property’s heavy industrial zoning classification, the installation of the caretaker’s residence is a discretionary action under CEQA. In making the determination about the appropriate level of the environm…

Loophole in Water Law Opens Way for Bottling Plant
Is a bottling company about to get unlimited groundwater when locals have been conserving during the drought? Some residents of Mount Shasta City are concerned a loophole in a new groundwater law means that a planned bottling operation by Crystal Geyser could dry up local groundwater wells. 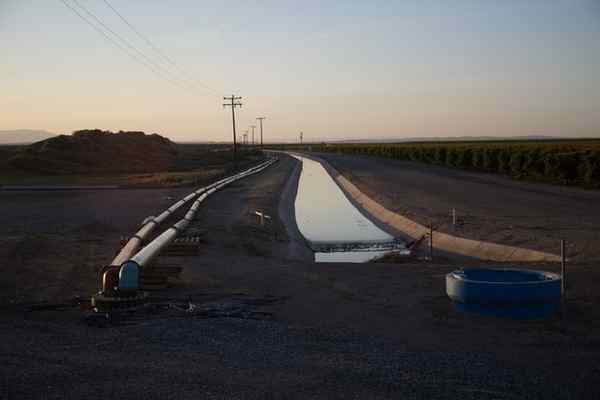 ‘California Heist’ looks at the state’s water supply
Don’t be fooled by all the rain and snow this winter. Historically, another drought is likely around the corner. As “Water & Power: A California Heist,” a National Geographic … 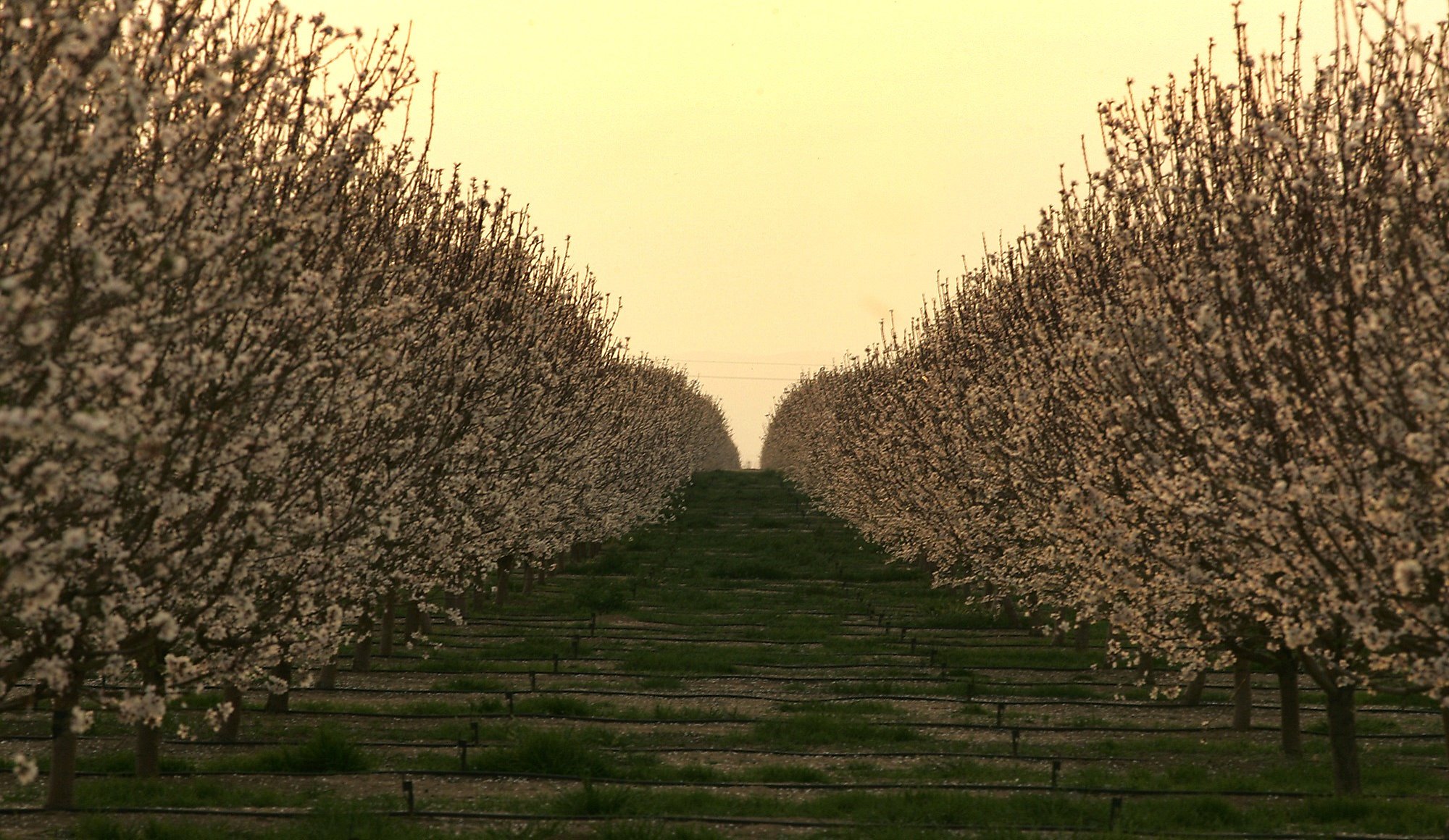 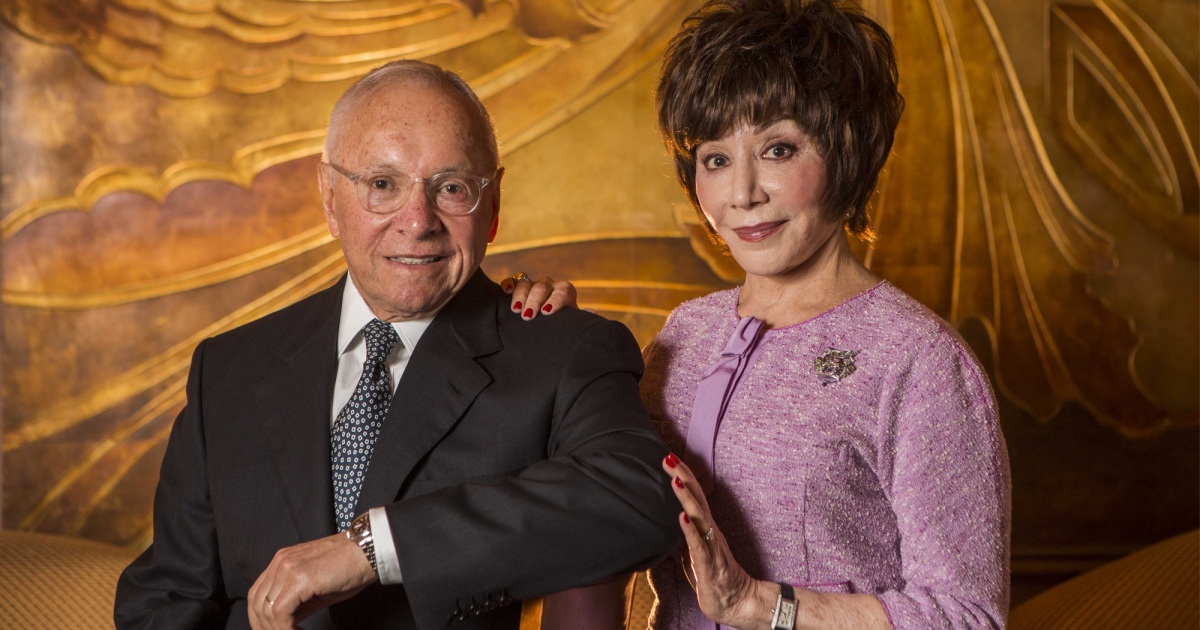 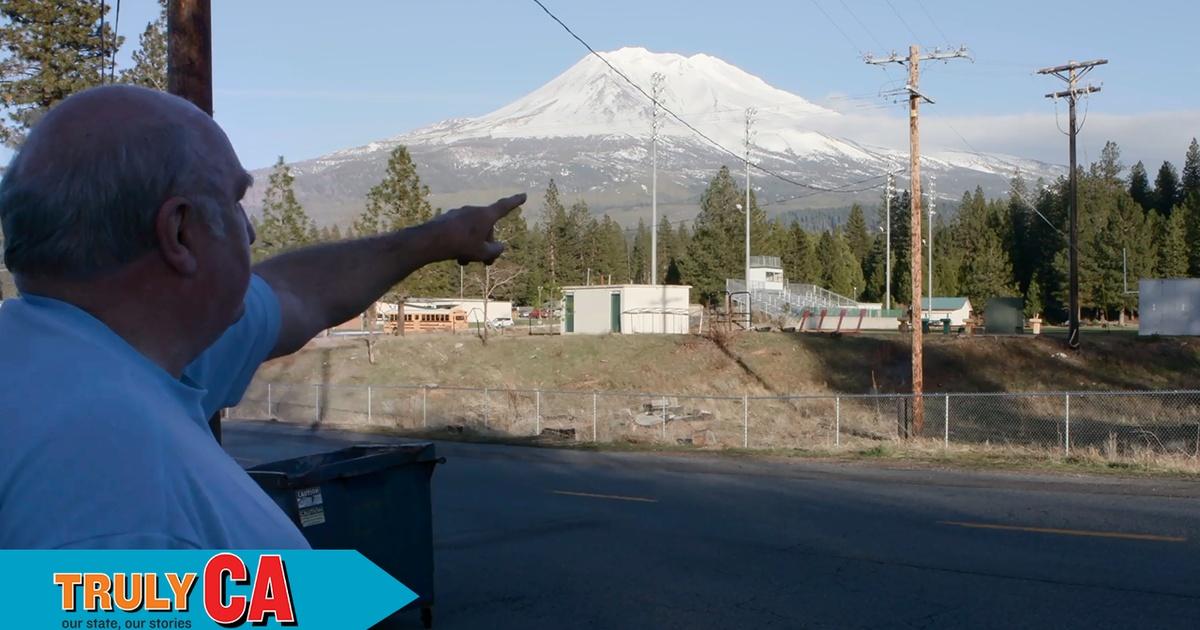 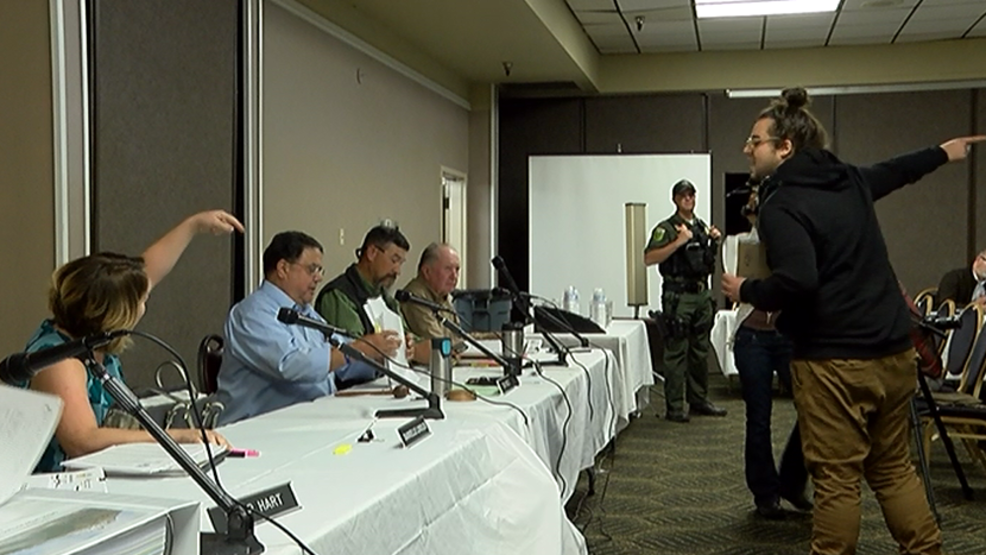