THIS IS THE LEVEL OF INFLUENCE WE ARE DEALING WITH!

We ride on the back of the Winged Dragon, when Draco was the circumpolar constellation, to the birth of myths that described cosmological changes and brought incomprehensible catastrophe from the Deluge of the Dragon Comet Taimat to our ancestors but led to the rebirth of the Dragon Bloodline and modern civilization. Discover the common root of the mysteries of qabalah, alchemy, magic, hermetics, tantra, The Bible, the Tree of Life, immortality, and Saint-Germain’s formula for Dragon Immortality. Hermes, according to legend, was the sole receptacle of the secret doctrine of the antediluvian world, which he revived after the flood and passed down to the Kings – secret knowledge taught to man by a race of Gods or fallen angels.

The word “Dragon” is completely interchangeable in most myths with “The Serpent”. In fact, in most languages they are exactly the same word. The Serpent, Snake and the Dragon represent “Wisdom” and “Self-Determination.” The hermetic eye is a symbol of the pineal gland and its illuminative chemistry – DMT. The upside down triangle is called the Dragon’s Eye and is related to all of the OTHER Eye symbols ie… the eye of Ra/Horus, the Illuminati Eye in the Triangle, Third Eye, the evil eye. Alpha Draconis is the name of the Egyptian Pole Star upon which the Pyramids of Egypt and the “Sphinx” were aligned.

This winged dragon is the symbolic superstar of The Triangle Book. In The Book of Lambspring. It represents the Anima Mundi, or Soul of the World, which is the sum total of planetary existence — the holographic blueprint on which form is based, the informational level or primal source of being – Zero Point. It is said that medicine providing the gift of youth can be made from its venom. Pineal secretions are analogous to the Elixir of Life or Philosopher’s Stone, bestowing increased brain capacity, magical ability, and prolonged life. 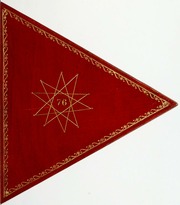 The Brotherhood of the O!O
The True and Invisible Order, From out of Shadow into Light

Comte Saint-Germain: The Immortal German Alchemist - AlchemyLab.com
Comte Saint Germain Comte Saint-Germain The German count was said to have lived for centuries “A man who knows everything and who never dies,” said Voltaire of the Comte de Saint-Germain “When you are seventeen or eighteen,” he asked her, “will you be happy to remain at that age, at least for a grea…